Farminence was founded as a way to educate people that are interested in becoming more self-sufficient.  I’ll share my 20+ years of agriculture knowledge with you so that you can feel comfortable raising livestock, gardening, preserving food, and cooking delicious meals from scratch. 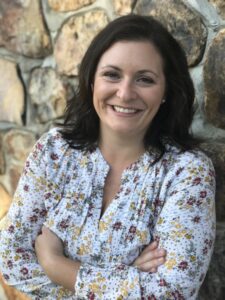 I’ve been an ‘agvocate’, homesteader and animal person my entire life.  I grew up on a small hobby farm in West Tennessee, where I fell in love with animals and spent countless hours working in the family vegetable garden.  As a teenager, I rode horses competitively, competing in extreme equestrian sports, including endurance.  Competing in endurance for several years taught me what it took to keep an animal in peak shape for superior performance.

I attended Mississippi State University, where I received a degree in Animal and Dairy Science, along with a minor in Biological Sciences.  I spent three semesters working in the equine department at the MSU College of Veterinary Medicine as a volunteer.  I also spent another semester working in the MSU CVM in the food animal department.  I worked as a student worker for two years in the MSU Meat Science Laboratory where I learned to perform pre-slaughter inspections, humanely slaughter cattle, swine, goats, and sheep, process meat, and produce a variety of meat products.  I spent another semester working as a volunteer researcher studying reproductive physiology in beef and dairy cattle.

After graduating from Mississippi State in the fall of 2013, I returned home and began teaching at the local high school.  During my five and a half years of teaching high school, I taught biology, honors biology, and became the sole agriculture teacher.

As the agriculture teacher at the local high school, I taught several courses including small animal science, large animal science, agriscience, greenhouse management, plant and soil science, and hydroculture.  I also taught a few college classes including animal science, wildlife and conservation, natural resources management, and agribusiness.  During my time as an agriculture teacher, the program was able to purchase and start working in a large commercial-scale greenhouse.  I supervised students in growing vegetable crops from seeds in both soil and soilless environments.  I learned how to grow crops using a hydroponics and aquaponics system, which was new ground for me.  I also supervised the students while they learned to grow flowers and landscaping plants in the greenhouse.

As the sole agriculture teacher, I was responsible for coaching all of the FFA competitive teams.  I coached successful teams for poultry judging, dairy cattle judging, livestock judging, horse judging, nursery and landscaping competitions, soil judging, and floriculture.

I also have a master’s degree in Agriculture and Natural Resources from the University of Tennessee.

I live in West Tennessee with my husband, our son Forrest, and our daughters Dallas and Ellie.  We live on a small 14-acre farm with meat chickens, turkeys, egg chickens, quail, a Jersey cow, pygmy and Nubian goats, two horses, a couple of farm dogs, honey bees, and three barn cats.