Did you know that a lush, green manicured lawn typically contains 10x the amount of chemicals that farmland contains? It’s true!  There are so many benefits of native grasses on your farm rather than many of the grasses that we have become familiar with.

If you are interested in reading about the benefits of having other native plants on your farm, click here. 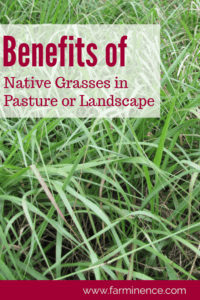 Many of the grasses that are commonly grown such as Fescue, Bermuda, Zoysia and Bluegrass are actually from other countries.  These grasses are referred to as exotic species since they are foreign to the U.S.

No wonder they aren’t well suited to grow here!  These exotic grass species can be difficult to establish and may not ever reach their full potential.  Even if you can get them to be successful, they will be much more costly over the long run due to the amount of money you will spend reseeding and applying chemicals and fertilizers to them. 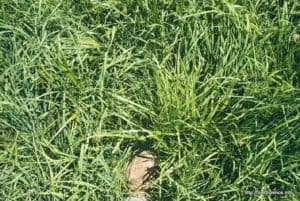 This Fescue grass isn’t even native to the U.S.!

Your farm will benefit in many ways if you plant native grasses rather than foreign grass species.  They require far less maintenance, promote beneficial wildlife and are much more cost-effective.

For me, in the southeastern U.S., some of the native grasses that I could plant include Big Bluestem (Andropogon Gerardii), Indiangrass (Sorghastrum nutans), Eastern Gamagrass (Tripsacum dactyloides), Little Bluestem (Schizachyrium scoparium) and Switchgrass (Panicum virgatum). 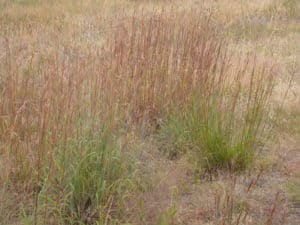 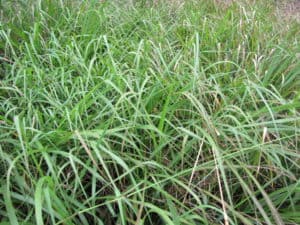 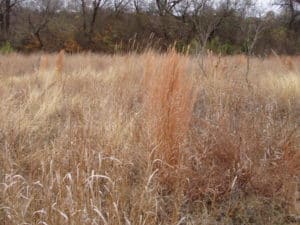 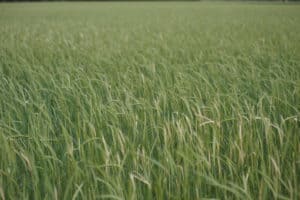 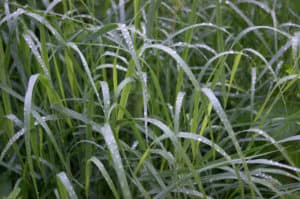 When I think about professional grass care, I tend to think about turf grass managers that spend their entire lives taking care of grasses.  Many turf grass specialists are jumping on the native grass bandwagon.  Part of that is due to the fact that there is so much less maintenance involved with native grass species. Native grasses tend to be perennial, so they don’t have to be reseeded or replanted each year.  Think about how much time people spend each year reseeding their pastures…  If you reseed or know someone who reseeds their pastures, they’d probably tell you they spend several days a year reseeding.  This is especially true if you have large pastures.

Native grasses are also well adapted to the amount of natural rainfall that you can expect. This even goes for drought conditions.

If your area is one that experiences a long drought during the summer months, then the grasses native to your area will be prepared for those long months without water.  You’ll be doing a lot less watering with native plants than you would with species not native.

Native plants are also prepared to deal with any diseases or pests that are native to the area.  This means that you won’t have to worry as much about diseases and pests killing your hard work.

You’ll also save yourself some extra money that you would have spent on pesticides, too.

The native grasses in the long run are much more cost-effective.  You’ll be saving time watering, replanting and spreading chemicals, which in turn, saves you money as well.

One of the benefits of native grasses on the farm is the impact that they have on soil health.

Simply put, native grasses are healthy for the soil.  For years, horticulturists didn’t recommend native grasses because when studies were performed, thee studies were typically done over a one year period.  People like to see fast results these days; grass growth is no exception.  When the native grasses were studied, they appeared to have slower growth.

The growth above the ground appeared slower than with foreign species.  That was because much of the growth was taking place under the ground.  The root systems for native grasses is insane when you compare it to foreign grasses.  The root system is what absorbs nutrients and water.  A larger root system in the long run means a healthier, more vigorous plant.

Fertile soil means less fertilizers needs, less maintenance for you, and more productive plants!  Fertile soil is definitely a positive.  I once heard a cattle farmer say that it takes 100 years to create good pasture.  If you plant native grasses, you’ll see faster growth in the long run because your soil will be healthier and therefore will support grass easier.

Another benefit of having native grasses on your farm is the wildlife that it attracts.

Many people associate native grasses with unwanted wildlife species, such as snakes.  That’s not true at all!  Native grasses attract many of the pollinating species that you WANT to be present on your farm.  They also attract songbirds, many of which are insect eaters.

Most species of moths and butterflies that are native feed on grasses.  And do you know what type of grasses the prefer, or even require? Native grasses. 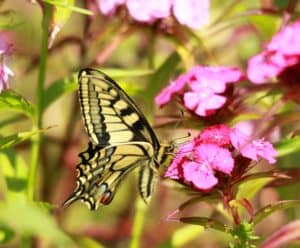 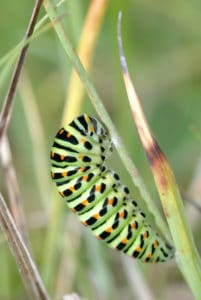 If the butterflies and moths can’t feed enough to reach adulthood, we are going to have a really hard time pollinating our plants.

Here in the southeastern U.S., Quail, Lark Buntings, certain species of Meadowlarks and Sparrows live in areas where native grasses are.  These native grasses are used as shelter by these birds.  Many of these birds eat insects, which means they will take care of the pest control for you. 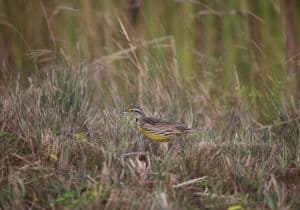 An Eastern Meadowlark on the hunt in some native grasses.

Sparrows can often be seen swooping through swarms or gnats or gulping up mosquitoes.  I don’t know about you, but the less of those I have to deal with, the better.

There are so many benefits to having native grasses on your farm.

Although native grasses seem slow to grow the first year, they are working hard to establish a system that will allow them to stick around for a long time.

You’ll be rewarded with plants that are more self-sufficient, saving yourself time and money that you would otherwise spend maintaining grasses.  You’ll also be giving beneficial wildlife in your area a home.  If you plant native grasses, you’ll be reaping the rewards for years to come.

Do you know what type of grasses are native for you?  Do you have native grasses already? 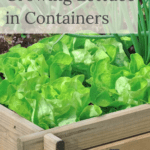 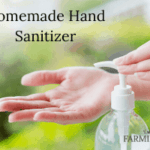 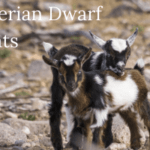 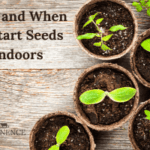 When and How to Start Seeds Indoors 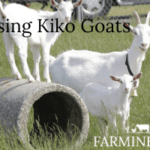 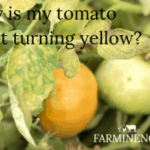 Why are my tomato plant leaves turning yellow?