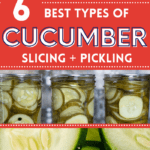 When you start preparing your garden for summer vegetables, most gardeners look to add cucumbers to their rows, watching them grow as the temperatures start to rise. They are enjoyed all summer long and also in a number of varieties.

Depending on how you enjoy your cucumbers, you may want to choose a particular type or plant several for different purposes.

Choosing the right cucumber for your garden is a serious decision before you plant. Decide on how you plan to use your cucumbers at the time of harvest. This can be all the difference in how happy you are with your cucumbers when you harvest them.

While they all enjoy the sun and warm temperatures to grow, the cucumbers coming from each plant could look and taste very different.

Cucumbers come in a variety of options. They range in their flavor, their seeds, texture, and even the thickness of their skin. If you are planning to pickle them or eat them raw in a salad, consider the following options before you move forward.

What are the two types of cucumbers?

Pickling cucumbers must have a strong and hardy texture in order to make it through the pickling process. These pickles will have a strong crunch when eaten raw and even have seeds.

The skin of pickling cucumbers is thicker.  This is perfect for cucumbers that are going to be pickled because it helps prevent the cucumber from becoming gooey after being pickled.  A thick skin helps to preserve the crunch when you eat the pickle.

Pickling cucumbers are smaller in size, usually topping out at 6″ long.

Cucumbers used for pickles usually have burps.  Burps are the small bumps that you see covering some pickle varieties. 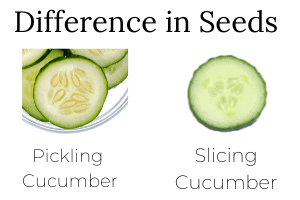 Slicing cucumbers may or may not have seeds.  They’re also thinner skinned and sweeter in flavor.  They’re much more enjoyable to eat raw than pickling cucumbers.

Depending on how you plan to consume your cucumbers, should determine which variety is right for your garden. 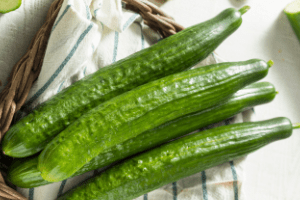 A growing favorite among gardeners and farmers across the country is the seedless cucumber or the English cucumber.  You have likely seen these cucumbers in your local grocery store.  These are the cucumbers that are sold individually in shrinkwrap or plastic wrap.

They’re sold in this wrapping because the thinner skin of English cucumbers causes them to dry out rapidly.  To extend the shelf life of these cucumbers, keep them wrapped tightly in plastic wrap.

They are long and thin with dark green skin surrounding the plant. The flavor in this cucumber is much milder and sweeter than other varieties, and it is not the appropriate cucumber for pickles.

It does, however, pair well as a garnish to water or even cocktail drinks that need a refreshing aftertaste. They are often used raw for salads and snacks because the lack of seeds makes them easier to eat than over varieties. 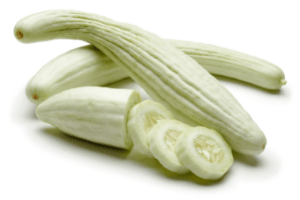 While not nearly as dark as the English cucumber, the Armenian cucumber is long and thin compared to other varieties.  In fact, these cucumbers can resemble white Japanese eggplants or a peeled banana more than cucumbers!

Some Armenian cucumbers are so lightly colored that they’re almost white in color.  They don’t have burps, but they do have deep ridges, giving them a unique wrinkled appearance.

They have a stronger crunch when they are sliced and also enjoyed eaten raw and in fresh salad dishes throughout the summer. With thinner skin than others, they do not have to be peeled before they are eaten.

They have a softer texture which is enjoyed raw, but not embraced by pickling or the brine needed. They will not keep their texture if used in pickling.

You will know when they are ready to be picked, however, because they have a strong aroma. 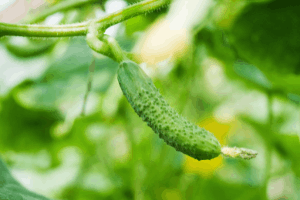 Found on the smaller side of the cucumber family, gherkin cucumbers have a stronger texture despite their small size. They often do not surpass the two inches mark and are considered mature at this size.

This makes them ideal for pickling and a small addition to the dinner table as an appetizer. They do have a bit of a bumpy texture compared to other cucumber varieties. Their flavor is mild, allowing it to be manipulated easily with pickle brine. 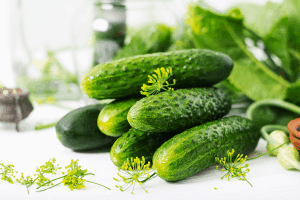 A more stout and thick cucumber, the Kirby cucumber is one of the most common cucumbers grown in gardens across the country.

They do grow longer than the gherkins but not as long as the English cucumber. Their skin color can range from a dark green or even a yellow, and come with a very bumpy texture.

The flavor of these cucumbers is strong enough to enjoy raw or even use for making pickles. In fact, most of the cucumbers used for mainstream pickles are Kirby pickles in their variety of skin colors.

They have the best flavor profile when they are around six to eight inches long.

When searching for Kirby cucumber seeds to plant, you may find them named pickling cucumbers since that is their main purpose, and they have the ideal texture. 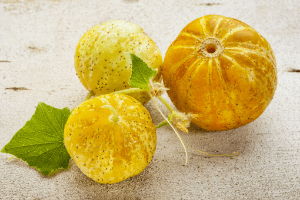 An odd-looking cucumber, many gardeners have not had the pleasure of growing the lemon cucumber.

It is properly named for its yellow skin color and round shape once it reaches maturity.

They have a strong but sweet cucumber flavor when eaten fresh or when cooked as a side vegetable in a summer dish. Despite their thin skin, they have a hardy texture that allows them to be pickled, also.

You do not have to peel these cucumbers due to their thin skin.

Despite what the name may imply, these novelty cucumbers do not have a lemon flavor.

Also, while most cucumbers with burps have white prickles on their burps, lemon cucumbers have black prickles.  This gives them an even more unique appearance. 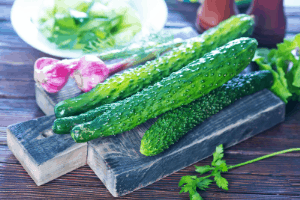 Closely related to the English cucumber, the Persian cucumbers have an outside texture that is similar, but their sizes can be short or long.

While dark green in color, they do have bumpy skin instead of the smooth skin found on the English cucumber.  Persian cucumbers resemble long pickling cucumbers, covered in burps.

These cucumbers can handle the heat and even maintain their texture if cooked or sauteed for a meal.

What are the best cucumbers for slicing? 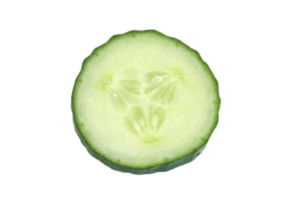 The best cucumbers for slicing are ones with a sweeter texture, smaller seeds, and thinner skin.  This means that English cucumbers, Persian cucumbers or Armenian cucumbers.

Slicing cucumbers have been bred to have better-eating quality.  Many cucumber varieties, especially those commonly used for pickling, contain a compound called cucurbitacin.  Cucurbitacin is a bitter-tasting compound.  That’s what you taste when you bite into a bitter cucumber.

These cucumbers tend to be larger than ones that are commonly used for pickling, giving you more cucumber to slice up.  The thin skin and smaller, less noticeable seeds make eating these cucumbers more enjoyable.

These are the best varieties of slicing cucumbers to look for: 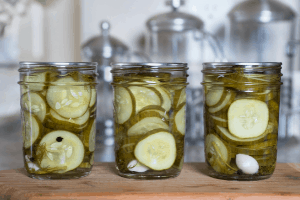 The thicker skin of pickling cucumbers helps prevent them from becoming gooey in the vinegar in pickling brine.  They hold a crunch really well even after being pickled.

Most cucumbers that are used for pickles are gherkins, Kirby, or pickling cucumbers.

These are the best varieties of cucumbers for making pickles:

My personal favorite is the Boston Pickling cucumber.  From my experience, these cucumbers are extremely prolific, perfectly sized, and of excellent quality.

What is the most common cucumber?

The most common type of cucumbers grown is the English cucumber and pickling cucumber.  These cucumbers are highly sought after and are the most versatile, easiest to grow, and best tasting.

What are the best tasting cucumbers?

The best-tasting cucumbers are those that are slicing cucumbers.  English cucumbers don’t have the bitter chemical cucurbitacin that some cucumbers have.  They also have higher natural sugar content, making them sweeter.